The mission of Lebanon Utilities is to provide our community with reliable, economical and high quality services in a friendly and courteous manner.

A one time only credit card payment


Tips and news for our community

The Lebanon Utilities Service Board is charged with the operation of the city’s electric, water, and sewage treatment departments with day-to-day operational responsibilities assigned to the general manager. The company is headquartered in the Lebanon Municipal Building located at 401 South Meridian Street and has offices for electric operations on 1300 West Main Street and for sewer on 802 Lafayette Avenue.

The mission of Lebanon Utilities is to provide our community with reliable, economical and high quality services in a friendly and courteous manner.

Our Vision Statement: Lebanon Utilities will be recognized throughout the region as a utility that has achieved a level of excellence in customer service distinctive from peers both large and small. It will be known as a utility that is in relentless pursuit of creating the WOW factor among its customers to whom it provides utility products and services through an energized work force. Its employees will enjoy an atmosphere which accentuates the positive, promotes the free flow of innovative customer responsive ideas, and is imbued with the values that create a spirit of uplift for all that come in contact. Lebanon Utilities will provide a key leadership component in transitioning the community it serves into the third millennium and beyond.

The Company Values include honesty, trustworthiness, service excellence, productivity, employee caring, free flow of ideas and teamwork. It is around these core values that Lebanon Utilities builds its future.

The History of The City of Lebanon Electric Utility as told by James B. Nelson, former General Manager.
From the IMPA Newsletter Spring 1996

Some may remember the winter of 1936, and others may have heard about it. It is thought of by many as the “granddaddy of all winters,” as there were several days with below zero temperatures. And, it was during that famous winter that the idea for Lebanon’s municipal electric utility was born.
It all started when local Chevrolet dealer, Noble Shelby’s, pipes froze at his home. At that time, the City of Lebanon was served by Public Service Indiana (now Duke Energy, Inc.) Shelby was not impressed by the service he was receiving from the utility during that long, cold winter. So, he began a campaign for the City of Lebanon to buy the existing electric distribution system from Public Service Indiana. Shelby solicited the help of local attorney Ross Hollingsworth and some other citizens, and the group set out to make the existing electric service property of the city. The campaign was accomplished nearly six years, and many court battles, later. Hollingsworth had to take the case all the way to the Supreme Court in order to get the existing electric distribution system condemned, but it worked.
In November of 1942, the Lebanon Utilities Service Board was created by ordinance and placed in operation on December 1st. The board was charged with the operation of the city’s electric, water and sewage treatment departments. Lebanon has had its own water department since 1894 and its own sewage treatment department since 1921.
The Lebanon Utilities Service Board began with three members: Herbert Epperson, a local banker; Louis Akerman, a local druggist; and Newell Holloman, an executive with the local Adler’s retail establishment. Under the direction of the Utilities Service Board, the City of Lebanon issued bonds to acquire the electric distribution system from Public Service Indiana.
The system was purchased for $285,000. The newly created electric utility paid off its entire bond by 1948 and has been debt free ever since. Thomas Burrin was appointed the electric utility’s first general manager. Burrin served until 1973 when Jim Nelson, took over the helm until 1999.
Today, Lebanon Utilities still operates under the control of the Lebanon Utilities Service Board, which has been expanded to a five-person Board. Fifty-three years have passed since the City of Lebanon formed its own municipal electric utility, and many things have changed since then. One thing hasn’t changed at Lebanon Utilities, however: the focus is still on the customer. The same courteous service which Noble Shelby envisioned in the winter of 1936 has become a reality.

Lebanon Utilities Values include honesty, trustworthiness, service excellence, productivity, employee caring, free flow of ideas and teamwork. It is around these core values that Lebanon Utilities builds its future. 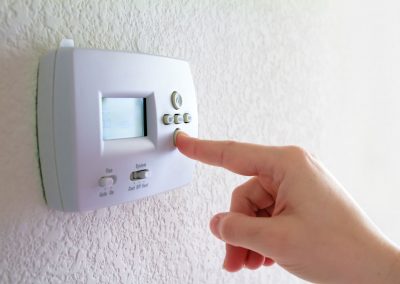 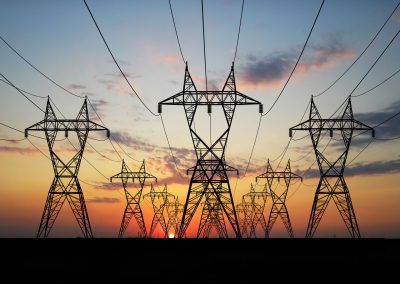 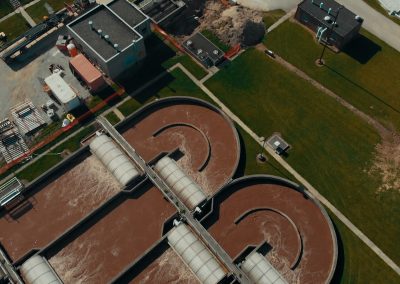