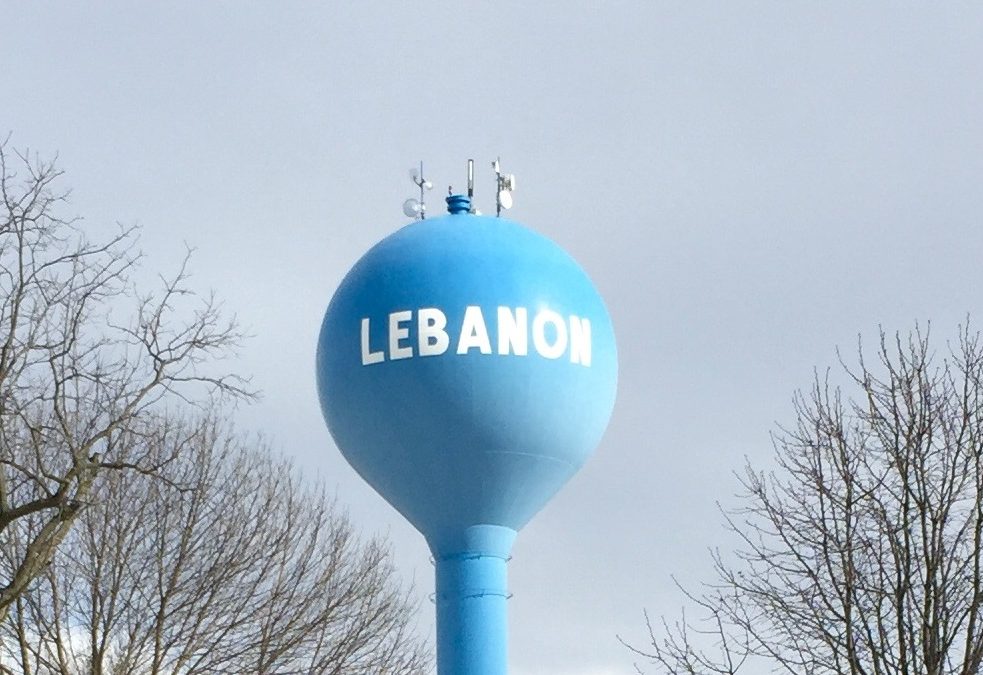 Lebanon Utilities addresses the Flint Michigan Water Crisis:
As the City of Flint Michigan attempts to recover from the water crisis the question is being asked what could have been done to prevent it and could it happen here. Flint was the location of a perfect storm in which decisions were made for financial reasons without understanding the implications of those decisions. Flint is a city in financial distress, a city that lost half of its population and over 40% of the remaining population is in poverty. In 2013 the City Council voted to end the 50 year agreement with Detroit and join the Karegnondi Water Authority (KWA) in an effort to save the city 19 million in an eight year period. It looked like the best path at the time but because of timing they had to reinstate their old retired water treatment system and pull from the Flint River until the (KWA) system could be finished, which was not scheduled to be completed until 2016. This cost the city another 4 million but still presented a savings of 2 million over the two year time frame instead of purchasing the water from Detroit. The problem was the river water was very corrosive. Flint added lime to combat the hardness but did nothing to control the corrosive nature of the water and it had a negative impact on an aging and oversized piping system with lower flow rates and a lot of lead joints and lead services. The next negative impact to the Flint water system happened when they had a positive sample show up for fecal coliform bacteria, which required the city issue a boil water notice. Because of this they increased the chlorine feed and the additional chlorine in turn increased the corrosion of the lead as well as created a trihalomethane (TTHM) issue (carcinogenic compound). The system was in a spin or what could be called a perfect storm.

In 1991 the Environmental Protection Agency (EPA) published a regulation to control lead and copper in drinking water. The Indiana Department of Environmental Management (IDEM) set Lebanon on a testing timeline of every three years for lead and copper and we have been on that schedule since 1993 with the last testing completed in 2014 and the next round of testing is to be completed in 2017. We publish these results in our Consumer Confidence Report on an annual basis and send it out to all our customers in late May or early June. The report is always a year behind so the 2014 lead and copper test data is what was presented in the 2015 Annual Consumer Confidence Report. A copy of the report is available on our web site. Just go to http://www.Lebanon-utilities.com/water/water and you can obtain the most recent report. IDEM verifies the data before we send it out to the public. The 2014 Lebanon lead level of 1.3 ppb is significantly below the state maximum requirement of 15 ppb. The limit for copper is 1.3 mg/L and Lebanon’s test resulted in a level of .814 mg/L. Just for reference 1 ppm = 1/mg/L = 1/1 million = 0.000001 and 1 ppb = 1µg/L = 1/1 billion = 0.000000001. The test requires us to collect thirty samples throughout the city and then to record the 90 percentile of the highest test results. This means that 90 percent of the tests results were below this number and 10 percent of the tests results were above this number. The good take out of this is that none of our results exceeded the state standard.

In 1994 Lebanon began feeding poly-phosphates to minimize the leaching of lead and copper in customer’s water services. Lead can come from the piping or the fixtures. Most of the lead services (water pipes to the home) were installed between 1920 and the late 1940’s. So homes that were built during that time frame have a greater chance of having lead lines. Lead was also used to seal the joints of old heavy cast iron lines before the use of rubber gaskets. Another source of lead is in the solder which was used to join copper piping to brass fixtures. Even much of the brass has lead in it to make it less brittle. Most of the lead solder was phased out in the late nineties and finally the lead in brass was phased out a few years ago. The Lebanon Utilities Water Department has struggled over the years to have community participation in the lead and copper testing. Lebanon Utilities’ employees that live in the city have used our own homes as test locations just because we were unable to obtain community volunteers. The concentration of lead increases as the water stays in contact with the lead. So when water sits in a service line over night or an eight hour period it will have a higher concentration than a flow through measurement. The state sampling procedures require utilities to collect a first draw sample after the water has stayed in the line for roughly an 8 hour period. If you collected a water sample after the water stayed in a line for twenty four hours you would expect to see significantly higher test results just as if you flushed the line and then tested you would expect to see much lower levels, either of which would be skewed results not reflecting the guidelines established by the state. When collecting samples we ask volunteers to do just that collect a sample after an eight hour period. This means that normally the best time to collect the samples are first thing in the morning after the water stays in a line over night or as soon as you get home from work after an eight to ten hour day would be another option to collect the sample.

In summary Lebanon’s water is well within the safe parameters established by the state. Our water comes from a confined aquifer which means it is protected from the activities of man which makes our water very stable or consistent in its characteristics. Our water is a good value and a great product.
If anyone is concerned about their water characteristics at their residence and would like to participate in the next round of testing please contact our water department and see if we can add your name to the list. If you would like to run this test outside the normal cycle you may need to ask an outside source such as the Boone County Health Department to see if they can perform the test.

“If any resident has questions about what happened in Flint, or the quality of our water, Ryan Ottinger our Water Treatment Operations Supervisor will be giving a short presentation at the next board meeting on March 9th, at 5:00 P.M. in the city building. Feel free to attend and learn more, or voice your questions and concerns.”